COVID 19 pandemic; a complex mixture of co-infection and comorbidity 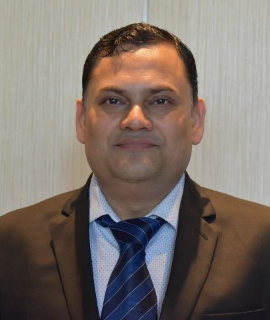 Title : COVID 19 pandemic; a complex mixture of co-infection and comorbidity

The COVID-19 pandemic has gravely affected people of all age groups globally. However, one of our studies concerning data of the initial days of the COVID-19 pandemic revealed that population groups of 20-49 years and 50 years above were most vulnerable to infection. Higher population of the deceased were reported in 50 years-above age group in all countries. Interestingly, the 20-49 years of age group from India were most affected. The epidemiological data from India and South Korea provided clues that BCG and JE vaccines may be responsible for non-specific immunity against SARS-CoV-2. Further, the mutational analysis of the virus shed light on the reasons for high SARS-CoV-2 virulence. Our analysis found that mutations in E, M, and S proteins of the virus resulted in modification sites like PKC phosphorylation and N-myristoylation. Moreover, the structural analysis revealed that the D614G mutation and Arg-Gly-Asp tripeptide played an important role in viral pathogenesis. We also speculated crucial host pathways which the mutated isolates of SARS-CoV-2 may alter, like PKC, Src, and integrin-mediated signaling pathways. Additionally, the myristoylated proteins might activate NF-κB, a master inflammation molecule. Although COVID-19 is an inflammation-mediated disease, the role of comorbidities is crucial in disease progression. Our observational analysis revealed that deaths associated with cardiovascular diseases and diabetes were highly significant (p < 0.0001) compared to hospitalized individuals in Italy, France, and Spain, unlike the Netherlands. Deaths from kidney diseases (Italy- p < 0.0001; Sweden- p < 0.0001; Netherlands- p = 0.0001; France- p = 0.0033) and neurological ailments (France p = 0.0001; Netherlands- p < 0.0001) were significantly higher than the total hospitalized patients affected by the comorbidity. Neurological disorders increase the complications in the COVID-19 situation. We also found that COVID-19 could cause neurological manifestations like meningitis. The probable routes of virus entry into the nervous system include the hematogenic pathway through the vagus, the olfactory nerve, or the enteric nervous system. Besides the traces of SARS-CoV-2 RNA have been found in gastrointestinal cells. ACE2 receptors such as sialic acid and CD147 may facilitate the virus entry exclusively in the GI tract. Co-infection of SARS-CoV-2 with other pathogens can further change the course of the disease progression. We found that co-infection of plasmodium could increase the disease severity in a short period. Besides occurrence SARS-CoV-2 infection in cancer patients can increase the complications specifically in the patients receiving chemotherapy. To alleviate the symptoms of COVID-19 various drugs are under investigation. Drug repurposing is a practical approach for rapidly discovering frontline arsenals to fight against COVID-19. However, the common repurposed drugs like chloroquine, hydroxychloroquine, remdesivir, lopinavir-ritonavir, favipiravir, ribavirin, azithromycin, umifenovir, oseltamivir need to be studied thoroughly for long term uses. In one of our studies, we found some of the FDA approved kinases inhibitors like Baricitinib, Brepocitinib, Decernotinib, Fasudil, Filgotinib, GSK2606414, Peficitinib, Ruxolitinib, Tofacitinib, Upadacitinib, Pamapimod, and Ibrutinib can potentially target the Ni-Ren domain of the SARS-CoV RdRp protein hence can be used as a drug against the virus. We have also found potential anti-SARS-CoV-2 activity in some plant-derived compounds like Withanolide D, Withaferin A.
What will audience learn from your presentation?
• Association of Comorbidity with COVID-19 may depends on various factors.
• Mutations in SARS-CoV-2 is needed to understand carefully before defining treatments regimes.
• Natural compounds may also preventive and delay the progression of COVID-19 severity.
• Treatments may divide based on viral infection stage into host.

Dr Hem Chandra Jha did his PhD in 2010 from Institute of Pathology in Delhi with Dr. Aruna Mittal, where he worked on Molecular Diagnosis and Pathogenesis of Chlamydia pneumonia in coronary artery disease patients and awarded PhD from BITS Pilani, Rajasthan. He then moved to University of Pennsylvania at Philadelphia for postdoctoral research where he joined Prof. Erle S Robertson group working on tumor viruses specifically EBV (Epstein bar Virus) and KSHV (Kaposi sarcoma associated Herpesvirus). He has been working on understanding role of EBV latent antigens in transformation of B-cells by regulation of Aurora Kinase B and Histone H2AX. He also involved in the study of epigenetics changes with virus infection in primary cells. Further he moved to India at IIT Indore in July 2016 as Ramanujan Fellow. Subsequently join Assistant Professor in Feb 2017 and Head of the Department in Aug 2018 and promoted to Associate Professor in Feb 2022. His current research work comprises of how EBV co-infection with Helicobacter pylori leads to aggressive gastric carcinoma and drug resistance. What are the biological mechanisms behind this co-infected patient’s higher mortality compared to other gastric cancer groups? Also, he is looking how this EBV is playing role in several neural diseases like Multiple Sclerosis and Alzheimer’s diseases. He has published more than 80 research papers including PNAS, PloS Pathogens, mBio, Journal of Virology, etc. He is also members of Editorial and review board of several peer reviewed National and International journals. Last two years his research group actively working in SARS-CoV2 virus and exploring new avenues in these domains.