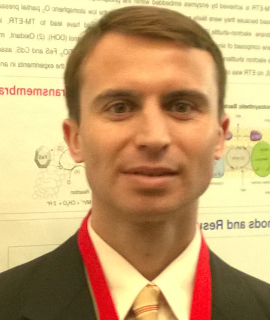 In this presentation it is showed Research and Development related with the design and synthesis of Ultraluminescent Nano-emitters based on Metal Enhanced Fluorescence (MEF) phenomena. It is showed gold Core-shell Nanoparticles with silica spacers and modified Fluorescent Silica shells with Enhanced and stable Luminescent properties. These Nano-emitters were used as Nanolabellers for Escherichia Coli bacteria. In this manner it was achieved Bright and Ultraluminescent Nano-Biostructures that afforded to faster detection within low bacteria concentrations at the level of single bacterium detection by Laser Fluorescence Microscopy. In this context it is highlighted and discussed the importance of the Optical properties of Nano-labellers and Biostructures for targeted applications from the Nano-Biostructure formation. Thus, it is showed In Flow Cytometry detection of Nano-Biostructures at varied levels of concentrations. In addition, it is discussed perspectives about how it could be managed these Hybrid Nano-Biostructures to record additional information from single Biostructure analysis. In this manner it is leaded to new potential approaches within Biophotonics by Targeted Light Delivery through Biostructures that just not improve only Biodetection, but as well it increases the power of analysis towards Single Cells applications.
What will audience learn from your presentation?

A.G. Bracamonte studied in Faculty of Chemical Sciences at National University of Cordoba (UNC) Argentine; where he obtained his Bachellor in Chemistry and PhD in Chemical Sciences. Then, it was associated as Postdoctoral Researcher in the Département de Chimie and Centre d’Optique, Photonique et Laser (COPL) with Professor Denis Boudreau, Québec, Canada within developments of high sensitive Nano-Optical approaches. Moreover, he holds a second Postdoctoral Research position within Supramolecular Dynamics at University of Victoria, Victoria in Vancouver Island, British Columbia, Canada with Professor Cornelia Bohne. In similar manner, it was visited to Professor Burkhard König Group from the Institut fur Organische Chemie, Universitat Regensburg, Regensburg, Germany, where it was acquired knowledge within Organized systems such as Hybrids vesicles and micelles. In addition, he holds a Postdoctoral Researcher position at University of Akron, Institute of Polymer Science and Engineering; and NASA Astrobiology Institute, Ohio, United States with Professor Nita Sahai. In this opportunity it was studied about potential proto-cells and synthetic Biology approaches. Actually, he is Researcher at Faculty of Chemical Sciences, UNC associated with the National Research Council of Argentina (CONICET) and Assistant Professor at UNC as well. In this context, he began his own recent Research Group in collaboration with other International Researchers in different fields with particular interest within Nanophotonics, Biophotonics and Nanomedicine; where Life Sciences are in close contact.