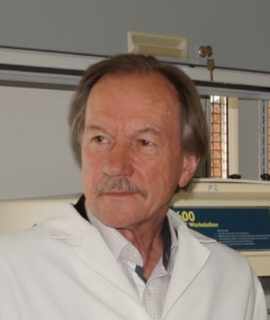 Andrey Dmitrovskiy was born in 1950, in Almaty, Kazakhstan. He graduated from Almaty Medical University in 1973, he worked as an infectious disease specialist in the district hospital, then in Almaty city infectious hospital. He completed a two-year residency in infectious diseases at the Kazakh Institute of Microbiology in 1977-1979He worked for 20 years at Central Asian Anti-Plague Institute, where defended PhD (Yersinioses) and doctor of science (Plague) dissertations. He worked at CDC Central Asian office (2006-2009), AECOM (2011-2016). He worked as a Professor at the Department of Infectious Diseases of Kazakh National Medical University from 2000.
Participated in the diagnostics and implementation of anti-epidemic measures for outbreaks of typhoid fever, brucellosis, anthrax, plague, hemorrhagic fevers, cholera, yersinioses, leptospirosis, listeriosis. Currently, he works as head of laboratory of Almaty branch of NCB (CRL) and chief research of the National Center for Extremely Dangerous Infections, Training Department.
Sphere of interests - zoonotic and extremely dangerous infections, microbiology, diagnostics, epidemiology.

Title : Diagnostics and clinical manifestations of Listeriosis in Kazakhstan